This week has been a busy one – the grass will persist in growing at a rate of knots!  We have several species of protected orchids in our garden (as have most people in this area of France) and we have to do our bit to keep them safe.  Various areas of the garden have been fenced off to accidental mutilation during mowing sessions.  This particular one looks more like a wrestling ring! 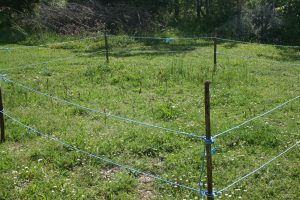 Here are some of the varieties that we are doing our bit to protect. 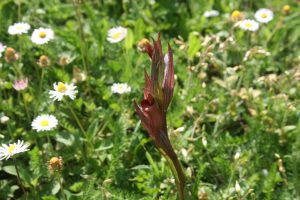 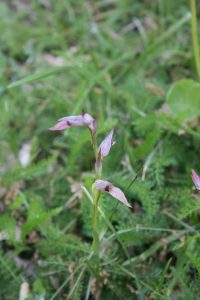 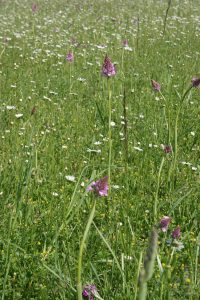 There are a couple more that we know we have, one which we haven’t seen this year yet, and one we have never seen that is supposed to be a winter orchid.  The garden now has a ‘wildflower meadow’ due to all the orchids in that area…. 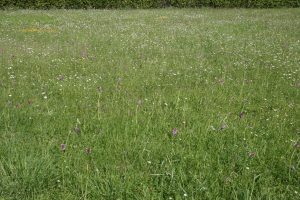 … at least, that’s what we’re telling anyone who’s prepared to accept the excuse!!

The roses are out around my workshop door and give a really inviting welcome. 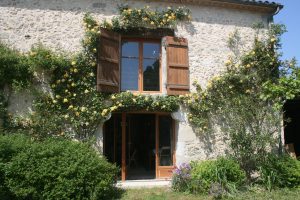 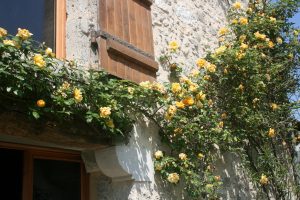 And finally, here’s a photo of a jerry-rigged shibori shape and form being pulled up in preparation for ‘Les Petits’ Growth Forms which will be heading north to the Dordogne later this week.  More on that next time! 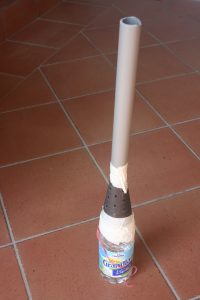 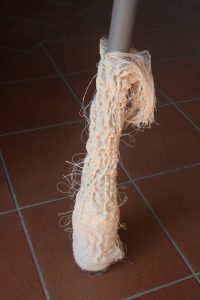 In the meantime, Happy Weaving!