How I Got Into Weaving – Jason Collingwood 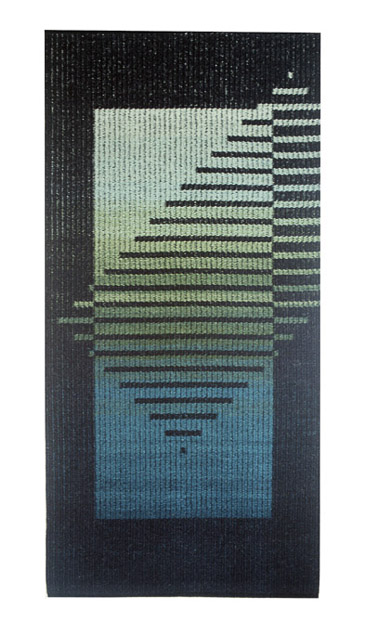 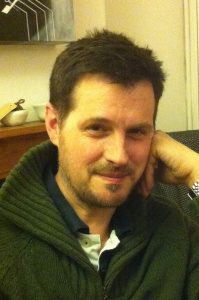 BACKGROUND: Jason has been a fixture in the rug weaving world for many years. I actually first came to know about him through my visits to Peter Collingwood’s studio through the aegis of the Ralph Griswold collection of books and materials on weaving at the Arizona University site. Jason would sometimes pop in and out whilst we were chatting or having lunch. He originally learned to weave in 1981, and over the years has been a stalwart of the rug-weaving world, weaving thousands of rugs for both corporate and private clients and teaching extensively in the US, Canada, Europe and Australia. Here is his story…..

HOW I STARTED (AND STOPPED) WEAVING 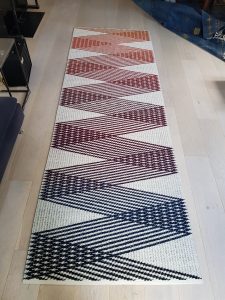 Having grown up with Peter Collingwood as my father it is often assumed that I learnt to weave at an early age. This was not the case, in fact you could say I (and my sister, Rachel) were actively discouraged from any weaving activities by my father’s explicit instructions of ‘don’t come in the workshop’. I was quite happy with this arrangement, as the workshop to me was a cold large space where my father ‘lived’.

Fast forward to me as an 18-year-old having just left school. I should have gone to university, but that held no appeal so the alternative would be to get a job – this also wasn’t high on my ‘to do’ list. At the time I was still living at home, all be it in a glorified shed in the garden. After a few months, my parents decided I needed a kick up the backside and presented me with a choice. 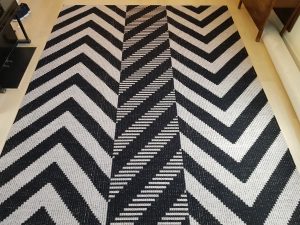 “Either leave home then you can do whatever you like, or if you stay you must learn how to weave and help your father in the workshop as a means of rent.” Both my parents and I wanted the first option, but it wasn’t feasible as I had no money to pay rent on a place to live. So, at the age of 18, with no enthusiasm and a typical teenager’s bad attitude, I sat at a loom for the first time in my life. What comes next, I cannot recall precisely, but my father would have guided me through all the processes that go into making a rug and eventually I cut off my first 1m x 1.5m small rug. Somehow, be it good instruction, a fluke of nature, or some genetic component my father had passed on to me, it turned out I was a pretty good weaver. From that point on I was weaving one rug a week for my father as a means of rent. Apologies to anyone in the early 80’s who thought they were getting a Peter Collingwood original, you may well have got one of mine. 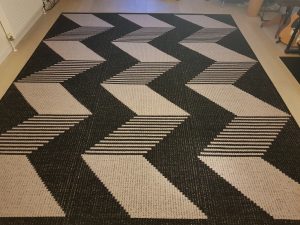 The fact that I was proficient at weaving rugs didn’t mean I’d found my life’s calling. At this point every shuttle throw was done begrudgingly, but a deal is a deal. I continued for about 6 months, during which time I also learnt how to weave macrogauzes.

As soon as I found somewhere to live, I stopped and didn’t think about weaving for the next 6 years. I returned in 1986 with the somewhat naive plan to weave a few rugs and sell them – why not, my father did, it can’t be that hard. Well, it was nigh on impossible, and looking back it is hard to rationalise why I continued, as at that point I didn’t enjoy the process of making rugs and I wasn’t selling any. I think the only answer was I didn’t want to be seen to fail where my father had succeeded before me. 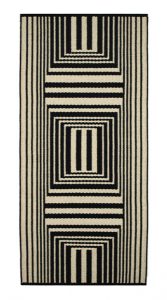 Stubbornly I continued, and whilst I wasn’t selling hundreds of rugs a year, as time went on I began to make more sales. Things really improved when I managed to start getting some teaching engagements in the US. I think this was also the time when you could say that I really learnt how to weave. I was being asked questions that I had never thought of, and most certainly didn’t have the answers for. These questions, and having to figure out the correct answers, really gave me an in-depth knowledge of my subject and an appreciation of how fortunate I was to be in my position.

Last year after 35 years as I rug weaver I decided to walk away from the business. In 2019 I was refused entry into the USA, had my visa revoked and essentially banned from any future travel. 2020 saw Covid come into the equation. Those two things and a body that was starting to complain seemed to be telling me it was time to walk away from my life as a rug weaver.