May – and advances on all fronts! 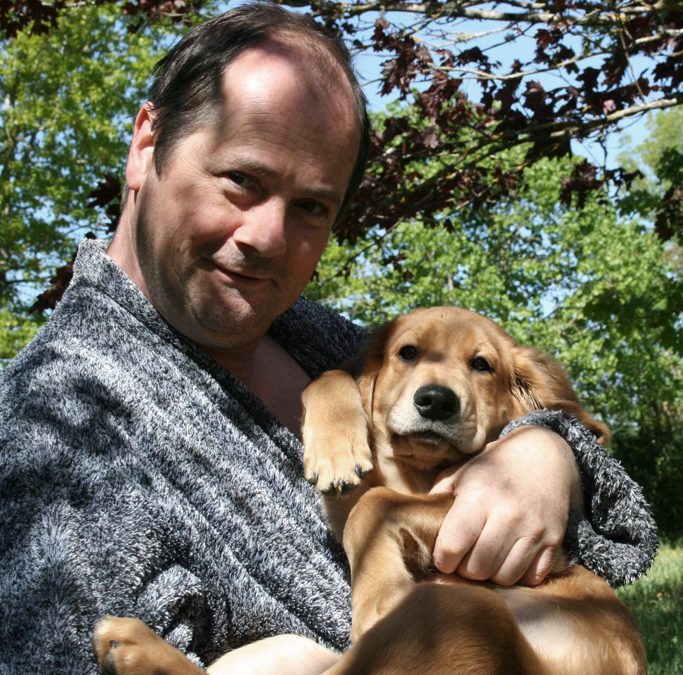 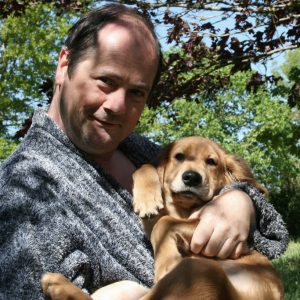 May – and things are hotting up fast!!

Firstly, may I introduce you to Bailey?  He’s our poster boy today!  Bailey is a labrador X (not sure whether with Beagle or with a spaniel of some kind!) and is just 4 months old.  We had been missing Charlie, who had to be put down due to extreme old age last February, and it is great fun, even if a little bit of a shock, to have a puppy to raise.  However, he is so trainable that he is already becoming a wonderful addition to the family, even after just two weeks.  He joins the cats, Merlin and Coriander, and the 4 hens and 1 cockerel.  We are stopping there!!

On the business front, I am so happy to announce that this week, The Loom Room France was officially up and running!  The official SIRET number arrived which means I can now earn money (and be taxed, of course!).  My website, which has been masterminded by web-designer and photographer extraordinaire, Colin Usher, is live.  As ever, these things are a huge learning curve and it has taken me a while to work my way round the new software, but I am beginning to feel a little more confident now.  My old site had served me well for 12 years, but it is nice to freshen things up a little and try out a new look!  From the feedback I have already received, it seems as though you agree with me!!  Do get in touch if you have some suggestions (polite only, please!!)   From now on, I will be able to have an image at the head of each blog post, which hopefully will make finding posts easier.

Socially, I am more impressed with Nérac and Lot-et-Garonne than ever.  I thought things might quieten down after the lovely Easter events, but then we had the May Bank Holiday and Ferme-en-Ferme, a kind of Open Farms day.  The weather tried to put a dampener on things, but a group of us went to visit a couple of places for lunch and then coffee and cake and had a great time.  This weekend was the Fete en Nérac which co-incides with VE day (and also the Presidential elections!).  The funfair had to be seen to be believed, taking up the whole of the main street to Agen, and spilling over into other parts of the town, with concerts, events, dancing, socialising and ending up with fireworks.  There was some bull-coursing (I think that’s what it’s called – jumping over the bulls rather than sticking them with spears, I’m happy to say) although I confess I wasn’t drawn to go and witness that.  It’s quite a thing in this part of France heading towards Spain and many villages and towns have a permanent bull ring.  Nérac uses a space under cover that is used for many different events.

The garden is taking a bit of time at the moment, with amazing blossom everywhere.  Graham enjoys mowing the hectare of land that we have, and the trees are beautiful!  We enjoy watching the antics of the squirrels, and trying to work out which birds are visiting through their song (we’re not very good at it!).  We have stunning sunshine at the moment, but spring storms are due to land in a day or so for a few days, before we are scheduled for some summer weather.