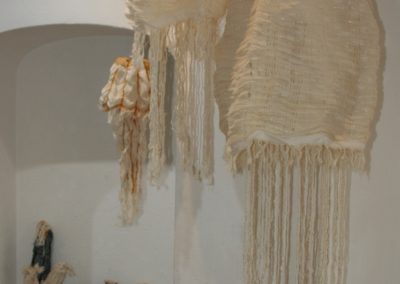 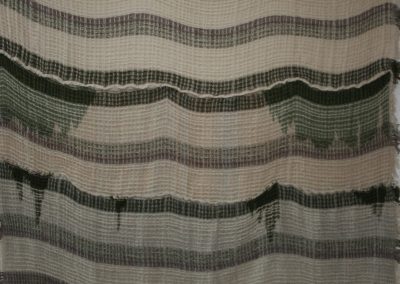 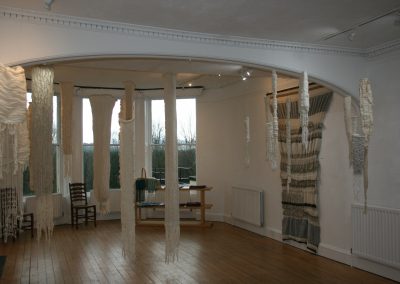 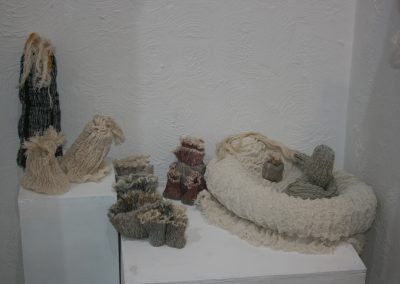 Tactile Tectonics, an exhibition featuring my three-dimensional woven installations, wall pieces and scarves, was exhibited in the UK in April 2018.    Alongside pieces designed especially for Foxlowe’s, and new work related to sea forms, the exhibition showcased tubular artworks known as Growth Forms that can be used with LED lighting in addition to smaller-scale items for fashion accessories.

Foxelowe’s is a beautiful building holding a prominent position at the top of the traditional market square in the Staffordshire Moorlands town of Leek, which has its own textiles claim to fame through the wonderful embroideries created by the Leek Embroideresses under the guidance and encouragement of Jane and William Morris of The Arts & Crafts Movement, and its own textiles industry through woven and dyed fabrics in the 1900s.

At the top of Staffordshire, on the edge of the Peak District, and bordering Cheshire and Derbyshire, Leek is a friendly market town which I was proud to live very near for 5 years, and have had close connections with for over 20 years.  I was also very privileged to show as part of a group textile exhibition in 2012, when I had just started developing the Growth Forms which have now taken on a life and identity all their own.  They have travelled to New Zealand, the USA, Switzerland and Holland, becoming associated with many different life forms such as tree bark, stalactites, waterfalls, jellyfish, squid and even a giant ice-cream!  My greatest pleasure is in encouraging people to touch them and interact with them and seeing the curiosity and wonder that people feel when the textures and materials used connect with hands and fingers.

I am so proud to have been invited to exhibit at Foxlowe’s and was delighted that many people came to touch, see, interact and connect with these woven and dimensional forms. 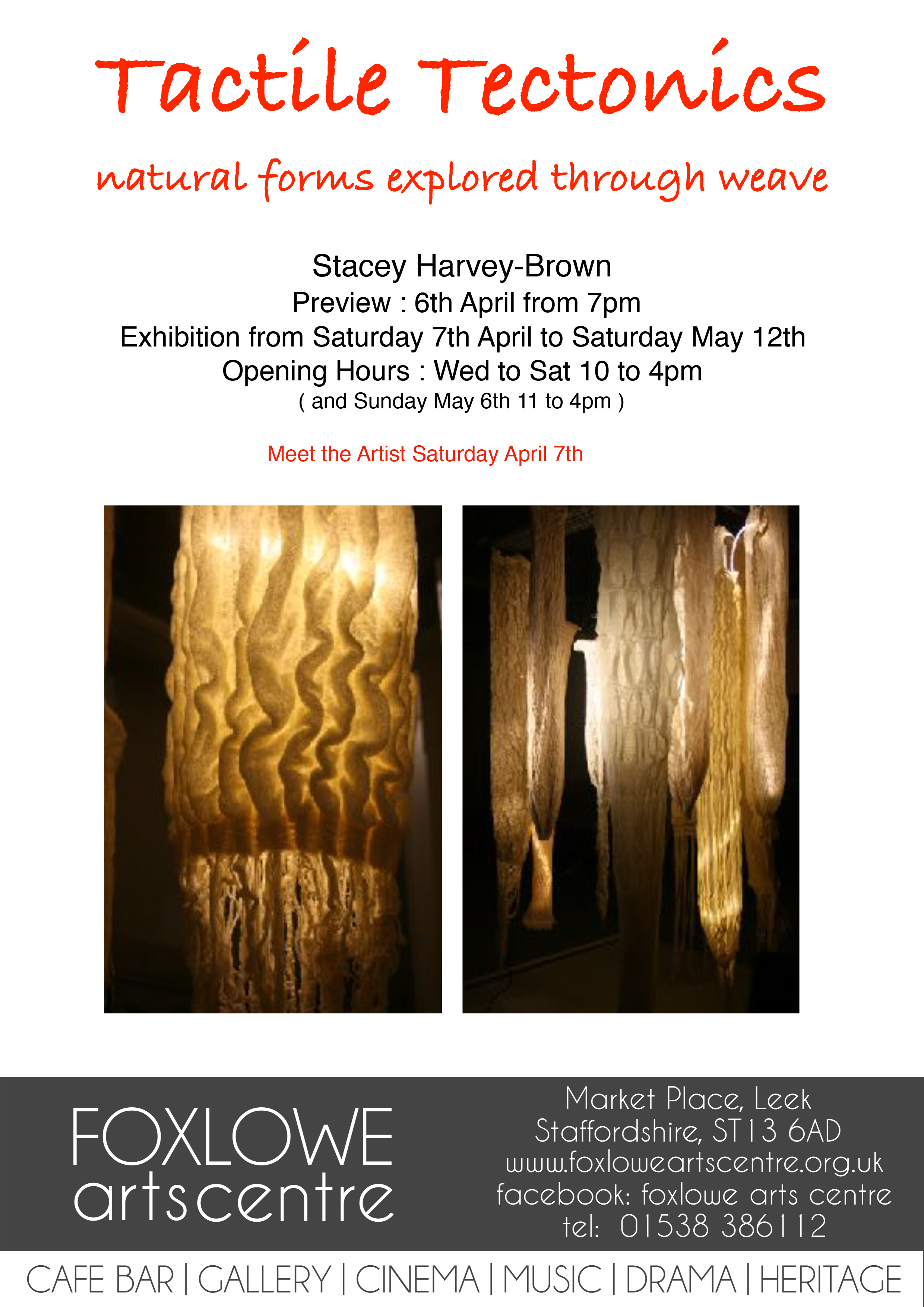